Review Time! STOP – don’t scroll pass because this is a review that needs to be read! DON’T LOOK AT THE COVER! I have a lineup of reviews to be posted but I pushed them all back to review this one. Partly because I know there isn’t a lot of reviews for this book out there and partly because it’s still fresh in my mind so I don’t want to forget anything. Thanks to Pan Macmillan for the review copy! 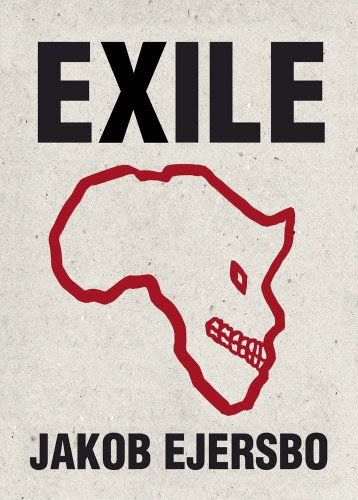 (Goodreads) Samantha has lived in Tanzania since she was three years old. Her parents run an exclusive travel lodge and are too absorbed by their own affairs to pay much attention to their daughter. The mother sips expat gin and tonics under the midday sun; the father, a former S.A.S. officer turned mercenary, busies himself with dead end coup d'etats and clandestine love affairs with local women. Samantha learns quickly that affection comes at a premium, at a price she is always willing to pay, however shallow and transitory the experience, however hollow the love on offer. Before long, her reputation precedes her, losing her friends as quickly as it gains her admirers amongst the town's less savoury elements, for whom consent is barely an afterthought. When Samantha meets Victor, middle-aged and, like her father, a mercenary, she falls for him instantly, persuading herself that his love will finally free her from her past. But Victor is already married, and she is not the first young girl to catch his wandering eye. Exile is the first part of a powerful and gritty trilogy that explores the listless, self-destructive lives of rootless, European ex-pats, laying bare intractable post-colonial tensions and capturing effortlessly the tragic beauty of a continent run into the ground and sinking into the mire.

The Short Story? – For fans of Go Ask Alice, Exile is a powerful novel that tells the story of the downfall of a girl living in Tanzania, Africa. Exploring issues like drugs, sex and everything in between, Ejersbo has written a coming-to-age novel like no other. Exploring the dark side of growing up, Exile shows the ugly side of life and what happens when a good time turns bad.

The Long Story? – It’s definitely outside my comfort zone and I would normally give it a pass but Exile was translated from Danish to English and the novel was only published after the death of its author, Ejersbo. The novels proved to be popular in Denmark so I gave it a go. As far as dark contemporaries go, this is one of the good ones. The book follows a girl called Samantha through four years of her adolescents in which she explores drugs, sex, alcohol and rebellion. It’s written for a more mature audience and it’s written in a diary kind of way. There are no chapters but the book is separated into years. It’s very similar to Go Ask Alice, however Exile also focuses on the life of white people living in Africa. Surprisingly it was a very easy book to get into. It covers quite a lot of heavy topics but the narration makes it comfortable to read. Quite an unexpected ending but overall, what a POWERFUL novel. One to be remembered.

There are so many things I want to say about the characterization. Samantha, our protagonist, got what she deserved but at the same time, I sympathized for her. She’s very rebellious and doesn’t have a good reputation among her peers but her attitude reflects on her upbringing. She didn’t grow up with a stable family and her actions are influenced by her parents. Her mum’s an alcoholic and her dad’s never home and he cheats. She’s fond of her sister but she never grew up with a good role model. Her actions, many of them, were wrong and she didn’t get a happy ending but it was the ending she deserved after everything she has done. I don’t want to spoil it but it’s about the life of a girl who is unsure of who she is and is slowly deteriorating away. The book solely focuses on Samantha and the other characters are really just there to support her. The characterization and the plot go hand in hand and Exile really makes you rethink what you know.

I know my review is very vague but I don’t want to spoil it but everyone. It’s one without a doubt that would be enjoyed by fans of dark contemporaries. If you liked Go Ask Alice, this one is a must-read. Ejersbo really knows how to hit the nail on the head and this novel is nothing is extremely powerful. Well-written and worthy of your time, Exile is a memorable story about everything that can go wrong when you’re a teen.

What’s its Worth? – Hand over the Paycheck