Day Seventeen - All About The Gathering Storm + Giveaway! 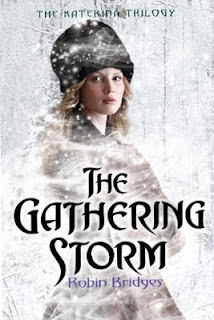 St. Petersburg, Russia, 1888. As she attends a whirl of glittering balls, royal debutante Katerina Alexandrovna, Duchess of Oldenburg, tries to hide a dark secret: she can raise the dead. No one knows. Not her family. Not the girls at her finishing school. Not the tsar or anyone in her aristocratic circle. Katerina considers her talent a curse, not a gift. But when she uses her special skill to protect a member of the Imperial Family, she finds herself caught in a web of intrigue.

An evil presence is growing within Europe's royal bloodlines—and those aligned with the darkness threaten to topple the tsar. Suddenly Katerina's strength as a necromancer attracts attention from unwelcome sources . . . including two young men—George Alexandrovich, the tsar's standoffish middle son, who needs Katerina's help to safeguard Russia, even if he's repelled by her secret, and the dashing Prince Danilo, heir to the throne of Montenegro, to whom Katerina feels inexplicably drawn.

The time has come for Katerina to embrace her power, but which side will she choose—and to whom will she give her heart?


4 Author’s Secrets about The Gathering Storm 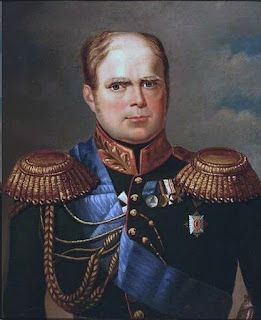 Grand Duke Konstantin Pavlovich
(Who was not really a lich tsar) 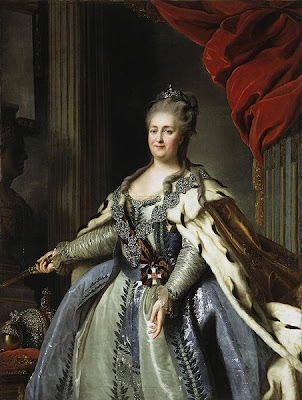 I don't know about you but I'm craving to get my hands on a copy of this debut! I liking the sound of a necromancer and a setting in Russia! Lucky for you, Robin has kindly donated (1) ONE copy of The Gathering Storm + a Imperial Russia Calendar. This giveaway is INTERNATIONAL and please show your support by leaving a comment :) Rules are stated below :)