Megan (that’s with a long “e”) Bostic is just trying to find her place in the universe.  Despite the rain and gray making her extremely angsty (she’s truly solar powered), she’s lived in the Pacific Northwest her whole life, and still does, with her two crazy beautiful girls.

When not writing, Megan can be found in her car (chauffeuring, waiting, cussing), at her girls soccer games (in the sun, the rain, the snow, she carries the title Ultimate Soccer Mom), in her rec room watching Netflix (this is for the collapsing portion of the day), at the ocean (where I hide from the world, used only as needed), or on the Narrows Bridge (to walk, not to jump)

Megan loves the color black, monkeys, is an avid vlogger and blogger, an all-around great girl, and a notorious Facebook addict. She’s a proud member of The Class of 2K12 and the Society of Children’s Book Writers and Illustrators. You can also find her on Twitter, Goodreads, and anywhere else cool authors hang out.


She Travelled to the Ball in Style -  Hotness Overload! 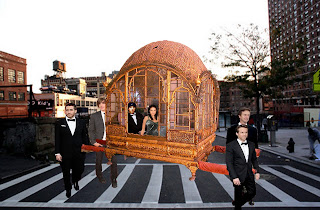 Dream Debutante Dress - Look who Megan bought as a date!?! 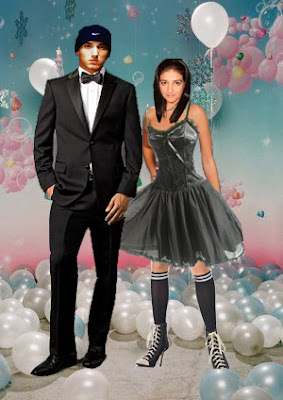 Fun and interesting facts about author, Megan Bostic! (why are you laughing?)

In no apparent order.

10. In first grade I one the blue ribbon (that’s first prize) in the swing pumping contest.  I’m still a good swinger. What?

9. I was a Blue Bird in school, yet sadly never made it to Girl Scout status.

8. I can play piano, guitar, and drums, none of them very well. (but I can sing)

7. My first “real” boyfriend’s name was Brody (totally going to use that in a book).  I was in fifth grade and was so scared that I never talked to him, touched him, or looked at him during our entire relationship.  He broke up with me.  I have no idea why.

6. The first boy I kissed was named John.  I was 15.  John is also my dad and brothers name.  I did not realize that coincidence until this very second and now am kind of creeped out.

5. When I was a senior in high school I was in our school’s musical production of Lil’ Abner.  I played wife #1 and killed it!

2. I have seen three dead seals in my lifetime.

1. From conception to sale, Never Eighteen took one year and four months.  When the book comes out, the publication process itself will have taken longer.

Bookie's Note: AND that is Megan Bostic! She's a special case as you can see she somehow convinced Eminem to be her date for the event and not JUST that make she travelled in style. Did you see who was carrying her Palaquin? It was hotness overload! Megan, I don't think I knew what a poem was when I was four! Anyhow, come back tomorrow for a fantastic character profile ;)