Day Ten - All About Robin Mellom ( Ditched: A Love Story)

Robin Mellom grew up outside of Atlanta, Georgia. She has taught grades five through eight and has a master's degree in education. She now writes full time for kids and teens and lives with her husband and son on the central coast of California. 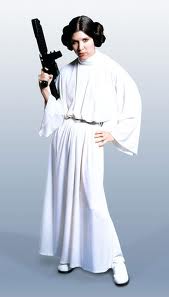 I hate when bios start with “I was born…” So just know I feel really bad about starting it this way. But I’ll try to change the phrase up a bit.


I grew up in the suburbs of Atlanta. (See? Already different!) My hometown was Roswell—the one people always get confused about and ask, "Oh, the place with all those secret alien sightings?!" No, no that's Roswell, New Mexico. My Roswell is known for its Chick-fil-A and traffic.

My mother was the vice-principal at my elementary school, which meant kids were skeptical of me. I seemed nice, but was I secretly taking notes and reporting their foul language to my mother every afternoon in her nicely furnished office? (She had matching wingback chairs. Matching!) But I never was the type to tattle, so fortunately having a mother for vice-principal was a win-win because I got to have some friends and a bottled coke from the teacher's lounge every day at 3 p.m. Perks!

Another upside to being the daughter of the school's VP was that I got to be friends with lots of the teachers. Every afternoon I got to write all over their chalkboards, raid their top drawer for extra snacks (they let me, I promise!) and then eavesdrop on all their teacher gossip while they thought I was drawing on their boards and eating their snacks. (Nah, they didn't let me eavesdrop, that was just me being bad.) But it turned out to be for good because I think it was all that eavesdropping that led me to writing stories.
I was the girl who would take ten sheets of lined paper, fold them in half, then staple along the side to make a "spine" for my book. I'd draw a picture for my cover then number my chapters. I'd sit by the Mimosa tree in my back yard, drink sweet tea (my southern family would drink tea very sweet, like liquid dessert) and I would write stories. I didn't share them with anyone.

I knew from a very young age that I loved writing. My dream was to be a writer. And after spending so much of my personal afternoon time around teachers (no offense, they're fabulous people) I knew the LAST thing I ever wanted to be was a teacher.

So what did I do? I became a teacher. It was inevitable. My destiny. Fate. All that. It was also a job, one that paid...sort of. I say that because I taught seventh grade in New Mexico for a couple of years and wasn't paid much more than a waitress at Ryan's Steakhouse. No, it wasn't in Roswell, New Mexico but this story was starting to feel like it was coming full circle there for a moment, right?!

Fortunately, my fate had led me to a job I adored. Middle schoolers are the coolest people on the planet. And no one is physically forcing me to say that! I absolutely love them. And my favorite subject to teach was creative writing. I'd assign them a story idea, then sit at the front table and write right along with them. There were moments during creative writing time when the air was literally magical. It wasn't like I was a teacher in charge of 33 twelve-year olds. We were just people throwing all our energy into the words on our paper, doing our best and then sharing it with each other. It was the first time in my life I started sharing my stories. It felt AMAZING. (And I got paid to do that! Almost enough to get a ribeye at Ryan's!!)

When my son was born, I stayed at home with him and that was when I started writing for me. That first book was pretty cruddy because, let's face it, writing while sleep-deprived makes for lots of crud. But I was learning, and after a year I had enough written to join a local writer's group and start getting serious. That group taught me so much about writing and publishing--I felt like I'd gotten a master's degree just from sitting at their kitchen tables every other week and listening to their suggestions.

I didn't sell that first book. Or my second. Or my third. Years later, the book that finally sold and made me an "author" was my sixth book: DITCHED. It took tons of perseverance and perhaps a little case of the crazies to finally make it happen.

Fortunately, I feel like my accumulation of experiences--being the daughter of a vice-principal, becoming a teacher, teaching creative writing to middle schoolers--is what led me to this writing career. Becoming a teacher was my fate, but becoming a writer was my dream. I'm grateful to have experienced both.
Now I write full time and live on the central coast of California with my husband and son. We have amazing avocados here.

But the tea just isn't as sweet. Darn it.

Bookie's Note: Please welcome Robin Mellom ( one half of what I have started calling Robin Squared - you'll meet the other half later!)! She's our fifth debutante! What an interesting background! You should write a book called ' The Perks of being the VP's Kid' :) It's good to know that getting published takes time, definitely something I like to hear! My dears, please come back tomorrow for the second half of the feature and a giveaway!