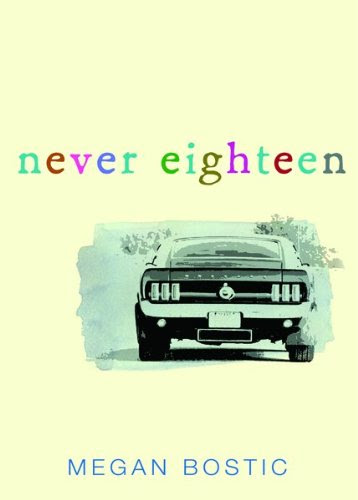 
Austin Parker is on a journey to bring truth, beauty, and meaning to his life.


Austin Parker is never going to see his eighteenth birthday. At the rate he’s going, he probably won’t even see the end of the year. The doctors say his chances of surviving are slim to none even with treatment, so he’s decided it’s time to let go.

But before he goes, Austin wants to mend the broken fences in his life. So with the help of his best friend, Kaylee, Austin visits every person in his life who touched him in a special way. He journeys to places he’s loved and those he’s never seen. And what starts as a way to say goodbye turns into a personal journey that brings love, acceptance, and meaning to Austin’s life.
The Insider's Scoop

Austin, the main character in the story played soccer with Scott McPhee in high school.  He was senior to Austin’s freshman.  Scott had it going on, popular, beautiful girlfriend, and a full ride scholarship waiting for him after graduation.  Oh, and he was gorgeous — tall, with dark wavy hair, blue eyes, olive skin, and a strong jaw.  His body was to die for, six pack abs, nice butt, muscular thighs, the result of having played soccer his entire life. He dreamed of playing in the World Cup one day.

Something happened that year, something that would change everything for Scott.  He became a different person overnight, literally.  It was weird, because the night before he’d been just fine.  In fact, the soccer team had won a game in the semi-finals and was out celebrating.

He became quiet and sullen.  His grades dropped.  Eventually, he quit soccer, dropped out of school and lost his scholarship and his girlfriend.

Scott harbors a secret.  He tells no one what happened.  Now he flips burgers for a living and spends his free time drinking, getting stoned and playing video games.  Eventually, he will more than likely drink himself to death and no one will ever learn the secret that burdens him to the point that he gave up on life.

For Megan's Giveway, she has offered (1) ONE Signed ARC + Swag + Austin's Playlist! You lucky ducks, seriously these debutantes are completely SPOILING you! Megan is willing to ship INTERNATIONALLY to open to everyone! Please leave a lovely comment for Megan to show support!  Rules are below!