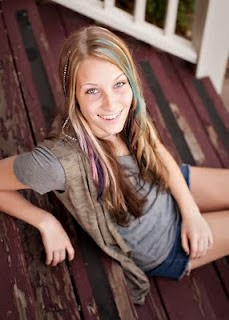 Lindsay Cummings lives in Texas with her husband, 2 german shepherds, a wolf, and a draft horse named Dan the Man. She is the leader of the #booknerdigans army, and the author of THE MURDER COMPLEX series and THE BALANCE KEEPERS series, both coming from HarperCollins in 2014.

1) I'm a major fangirl. Like….MAJOR. My poor husband thinks I need to be institutionalised.

2) I collect weapons and I think my apartment neighbours also think I need to be institutionalised.

3) I talk to my dogs all day, with different voices for each of them…and they think I need to be institutionalised, too.

5) One time, I fell down the stairs of my middle school, head over heels, with my backpack wide open, and papers scattered EVERYWHERE, and people laughed at me. Ugh.

6) My dream car is a Challenger OR the car from Supernatural.

7) I have naturally curly hair, which I HATE, but once I saw The Hunger Games, I realised that if Katniss can make curly hair cool….maybe I can, too.

8) One time I got attacked by a herd of reindeer.

9) I sing my thoughts, because I think life is a musical.

10) I want just ONE more tattoo, but my husband says no more. Can we convince him, world?!

Bookie's Note: Lindsay, life IS a musical. You have no idea how many times a day I break into a dance number, I wish I could walk around with a group of chorus girls on every day ending in 'y'. Where's the harm in ONE more tattoo? I take long naps quite often as well, in fact, I just woke up from one :P It's so relaxing, especially on a Sunday afternoon. The first thing that comes to mind when you said you collected weapons was Kill Bill. That's such a badass thing to collect, I collect books and shoes and handbags and I'M SUCH A GIRLLLLLL :O. Guys, make sure to check back tomorrow for the second half of Lindsay's feature where she gives the INSIDER'S SCOOP on THE MURDER COMPLEX!