In My Mailbox is a weekly meme hosted by The Story Siren, it's where we all show the bookish contents of our mailbox! This week would be my week of EPICNESS, best books ever ;) I write IMM every two weeks so this is a two week hurl! 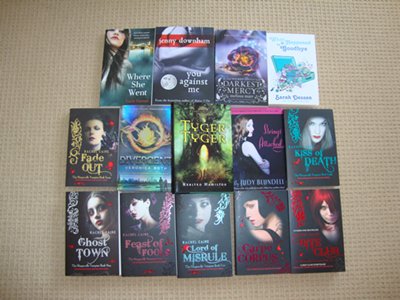 ( Thanks to Harpercollins, Random House and Peguin!)

( Thanks to Cindy @ Princess Bookie )

( Thanks to Nancy @ Ravenous Reader . I was tweeting how there wasn't enough contest offering String's Attached and Nancy, tweeted me that she had an extra copy she wouldn't mind sending to me!!! Thank-you so so so so so much Nancy :P) 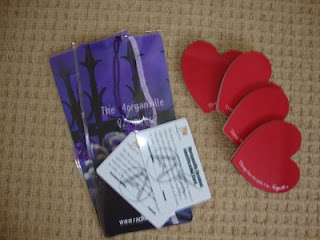 ( Thanks to Jen @ Egmont who sent me four, instead of just one!!! and Rachel for her awesome swag!)