Review Time! I finished this one ages ago but because it's not YA I have been putting the review off! However the Parasol Protectorate is one of my favourite historical series! It's also Steampunk so that is a bonus! 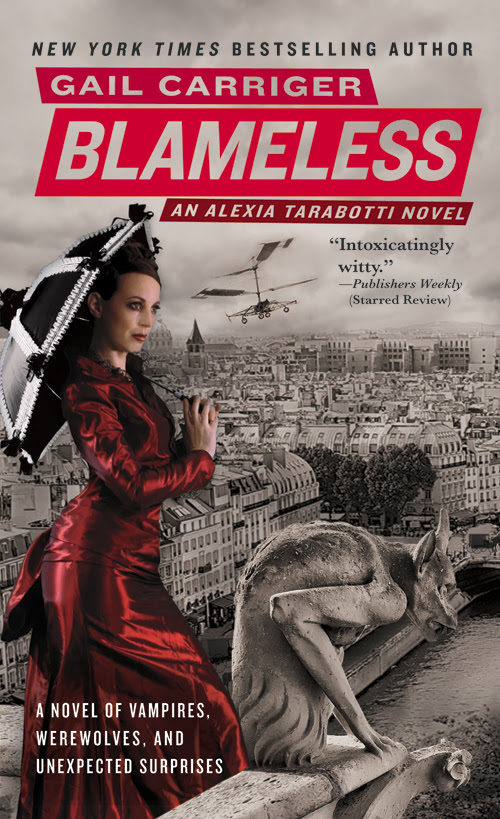 The Short Story ? - Enjoyed the book but I have to say that the first book was the peak of th series and it kinda went downhill from then on. However, nevertheless always amusing to read and I loe the witty english humour :P

The Long Story ? - I  admit I a bit of a victorian era fanatic so I get a little excited when I read about long dresses and ladies and lords with dinner parties and balls!!! Anyway the book! Um, well it's a series so I kind of can't tell you what is about or else it spoils it so I just tell you what wouldn't spoil it! Alexia Tarabotti ( main character) is a preternatural meaning she has no soul and is basically  a supernatural killing machine. Her touch can turn any supernatural creature human which makes extra dangerous and to add to all that she is a female....

So like I said I didn't enjoy this book as much as the first book which was really impressive. The second and third were about the same but because the third book has a prettier cove iz going with this one as seond best. So the thing with this book was that firstly it was a bit too long for my liking. I found tht the sotry didn' really go anywhere, like walking down a straight road then suddenly right at the end it swerves into a corner street. So it only got interesting like right at the end. Also some of the language used was hard to underestand, well, more like the complicated inventions but it was hard follow. However, it was funny and witty, it made me laugh, it was set in the victorian era and it didn't mkae me cry with boredom so I guess..Rating- 3.5