Hi Guys! I'm think about starting a new feature on the blog, it's called The Bookie Showcase! Basically it's like Wishing of Wednesday and Books to Pine for ( The Story Siren's fabulous feature!). It's not going to be a regular feature but it will pop up once in a while on the blog!

Extra! Extra! Read all about it! The Bookie Showcase is a irregular feature on the blog where Badass herself will showcase the best of YA fiction to be published!  Put these jewels on your radar because these reads are just too badass to be missed!

Be your own hero . . .  Set in London at the turn of the last century, the novel follows the stories of three intelligent and very talented young women, all of whom are assistants to very powerful men: Cora, lab assistant to a member of parliament; Michiko, Japanese fight assistant to a martial arts guru; and Nellie, a magician's assistant. The three young women’s lives become inexorably intertwined after a chance meeting at a ball that ends with the discovery of a murdered mystery man.  It’s up to these three, in their own charming but bold way, to solve the murder—and the crimes they believe may be connected to it‐‐without calling too much attention to themselves.

Meant to Be by Lauren Morrill Publishes - November 13th 2012 ( Delacorte)

Meant to be or not meant to be . . . that is the question. It's one thing to fall head over heels into a puddle of hazelnut coffee, and quite another to fall for the—gasp—wrong guy. Straight-A junior Julia may be accident prone, but she's queen of following rules and being prepared. That's why she keeps a pencil sharpener in her purse and a pocket Shakespeare in her, well, pocket. And that's also why she's chosen Mark Bixford, her childhood crush, as her MTB ("meant to be"). But this spring break, Julia's rules are about to get defenestrated (SAT word: to be thrown from a window) when she's partnered with her personal nemesis, class-clown Jason, on a school trip to London. After one wild party, Julia starts receiving romantic texts . . . from an unknown number! Jason promises to help discover the identity of her mysterious new suitor if she agrees to break a few rules along the way. And thus begins a wild goose chase through London, leading Julia closer and closer to the biggest surprise of all: true love.  Because sometimes the things you least expect are the most meant to be. 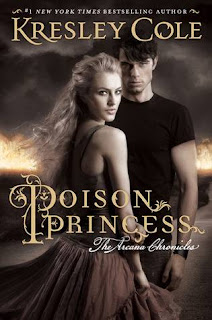 Poison Princess centers on 16-year-old Evangeline "Evie" Greene, a privileged teenager from Louisiana. When an apocalyptic event decimates her hometown, killing everyone she loves, Evie realizes the hallucinations she'd been having for the past year were actually visions of the future — and they're still happening. Fighting for her life and desperate for answers, she must turn to her wrong-side-of-the-bayou classmate: Jack Deveaux. As Jack and Evie race to find the source of her visions, they meet others who have gotten the same call. An ancient prophecy is being played out, and Evie is not the only one with special powers. A group of teens have been chosen to re-enact the ultimate battle between good and evil. But it's not always clear who is on which side…

Emmeline Thistle has always had a mysterious bond with cows, beginning on the night of her birth, when the local bovines saved the infant cast aside to die in the forest. But Emmeline was unaware that this bond has also given her a magical ability to transform milk into chocolate, a very valuable gift in a kingdom where chocolate is more rare and more precious than gold or jewels. Then one day Owen Oak, a dairyman’s son, teaches Emmeline to churn milk into butter—and instead she creates a delicious chocolate confection that immediately makes her a target for every greedy, power-hungry person in the kingdom of Anglund. Only Owen loves Emmeline for who she truly is, not her magical skill. But is his love enough to save her from the danger all around her?

2788. Only the handicapped live on Earth. While everyone else portals between worlds, 18-year-old Jarra is among the one in a thousand people born with an immune system that cannot survive on other planets.

Sent to Earth at birth to save her life, she has been abandoned by her parents. She can’t travel to other worlds, but she can watch their vids, and she knows all the jokes they make. She’s an ‘ape’, a ‘throwback’, but this is one ape girl who won’t give in.

Jarra invents a fake background for herself – as a normal child of Military parents – and joins a class of norms that is on Earth to excavate the ruins of the old cities. When an ancient skyscraper collapses, burying another research team, Jarra’s role in their rescue puts her in the spotlight. No hiding at back of class now. To make life more complicated, she finds herself falling in love with one of her classmates – a norm from another planet. Somehow, she has to keep the deception going.

A freak solar storm strikes the atmosphere, and the class is ordered to portal off-world for safety – no problem for a real child of military parents, but fatal for Jarra. The storm is so bad that the crews of the orbiting solar arrays have to escape to planet below: the first landing from space in 600 years. And one is on collision course with their shelter. 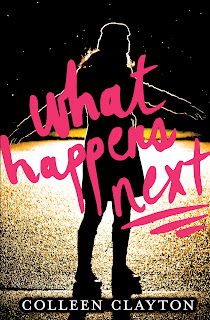 What Happens Next by Colleen Glayton Publishes - October 9th 2012 ( Poppy)

How can you talk about something you can't remember? Before the ski trip, sixteen-year-old Cassidy "Sid" Murphy was a cheerleader, a straight-A student, and a member of a solid trio of best friends. When she ends up on a ski lift next to handsome local college boy, Dax Windsor, she's thrilled; but Dax takes everything from Sid - including a lock of her perfect red curls - and she can't remember any of it. Back home and alienated by her friends, Sid drops her college prep classes and takes up residence in the A/V room with only Corey "The Living Stoner" Livingston for company. But as she gets to know Corey (slacker, baker, total dreamboat), Sid finds someone who truly makes her happy. Now, if she can just shake the nightmares and those few extra pounds, everything will be perfect... or so she thinks.

Rachel thought she was grown up enough to accept that no one is perfect. Her parents argue, her grandmother has been acting strangely, and her best friend doesn’t want to talk to her. But none of that could have prepared her for what she overheard in her synagogue’s sanctuary. Now Rachel’s trust in the people she loves is shattered, and her newfound cynicism leads to reckless rebellion. Her friends and family hardly recognize her, and worse, she can hardly recognize herself. But how can the adults in her life lecture her about acting with kevanah, intention, when they are constantly making such horribly wrong decisions themselves? This is a witty, honest account of navigating the daunting line between losing innocence and entering adulthood—all while figuring out who you really want to be.

Miranda wakes up alone on a park bench with no memory. In her panic, she releases a mysterious energy that incites pure terror in everyone around her. Except Peter, a boy who isn't at all surprised by Miranda's shocking ability. Left with no choice but to trust this stranger, Miranda discovers she was trained to be a weapon and is part of an elite force of genetically-altered teens who possess flawless combat skills and powers strong enough to destroy a city. But adjusting to her old life isn't easy--especially with Noah, the boyfriend she can't remember loving. Then Miranda uncovers a dark truth that sets her team on the run. Suddenly her past doesn't seem to matter...when there may not be a future. 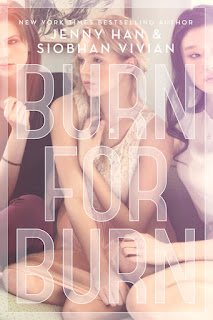 
The start of a brand-new young adult trilogy about three very different girls who overcome their differences and band together to seek revenge on those who have wronged them, uncovering a supernatural secret about what brought them together and why in the process.Each book will rotate back and forth between the perspectives of all three characters.In a world constructed to absolute perfection, imperfection is difficult to understand—and impossible to hide.

Elysia is a clone, created in a laboratory, born as a sixteen year old girl, an empty vessel with no life experience to draw from. She is a Beta, an experimental model of teenaged clone. She was replicated from another teenage girl, who had to die in order for Elysia to be created. Elysia's purpose is to serve the inhabitants of Demesne, an island paradise for the wealthiest people on earth. Everything about Demesne is bioengineered for perfection. Even the air there induces a strange, euphoric high that only the island's workers—soulless clones like Elysia—are immune to. At first, Elysia's new life on this island paradise is idyllic and pampered. But she soon sees that Demesne's human residents, the most privileged people in the world who should want for nothing, yearn. And, she comes to realize that beneath its flawless exterior, there is an undercurrent of discontent amongst Demesne's worker clones. She knows she is soulless and cannot feel and should not care—so why are overpowering sensations clouding Elysia's mind? If anyone discovers that Elysia isn't the unfeeling clone she must pretend to be, she will suffer a fate too terrible to imagine. When Elysia's one chance at happiness is ripped away from her with breathtaking cruelty, emotions she's always had but never understood are unleashed. As rage, terror, and desire threaten to overwhelm her, Elysia must find the will to survive.

That's it for now!