I could probably write thousands of words about Retra/Naif (I shall now just call her Naif) – where her character came from, how she developed in the course of things, her relationships with those around her. But you don’t want to oodles of ramblings, so I’ll try and condense it.

Some of her character is definitely informed by my own experiences as a teenager at boarding school. Rather that recreate a representation of those experiences, I took the emotions that I felt back then and poured them into a brand new person in a brand new world. So in that sense, Naif is partly me but most definitely, largely herself. She is far braver than I ever was, and has far greater endurance for hardship.

In the first book (Burn Bright) I had to give her time to unfurl her wings and learn through her mistakes and experiences. She gains her empowerment as the story goes. The Night Creatures series is her story. But I suspect mainly, you will be interested in her true feelings for some of the other characters. Things she never really said, or I deliberately don’t reveal.

Yes, she had a serious crush on Markes, and was rather hard on him when he wasn’t exactly what she imagined he was. I hope, though, that you saw how she began to appreciate him in a new light when she learns about his background in Angel Arias. I think she understands better why he makes the choices he does after their trip back to Grave. Naif will always carry such great tenderness for him but it probably never gets a chance to develop into anything more. Not while Emilia is in their lives.

Rollo on the other hand, is a thorn in her side. But he’s also the person who makes her reflect on, and examine, her beliefs. Rollo and she don’t always agree and his brashness grates upon her – but there is something about him that she values. The fact that he came to Ixion to seek truths carries much weight with her. They will always be friends - fighting friends.

What a wonderful and complex relationship she has with Lenoir. How must it be, to fall for someone who has saved your life but at the same time threatens your very existence? It’s a bit hard to get your head around that notion. Delightful! Yet from the moment they are bonded through her Enlightenment, they are in each other’s lives forever. It was difficult to have to send her away from him in Angel Arias which is why I added some chapters from his point of view. I was very aware of how important it was to keep them connected, and yet the narrative dictated that she must return to Grave to discover the truth. However, in some ways, I think the time apart meant she gained perspective. When she stands up to Lenoir in Shine Light, it is because she’s developed greater inner strength – she’s able to say “no” and yet still concede her desire and love for him. Her action only serves to make Lenoir even more enamoured with her. He chooses to help her and she returns that love by saving him. Theirs is a love story that is eternal; a tragic, beautiful romance underpinned by acts of giving.

Thank you for joining me on my Night Creatures journey. I loved having your company.


Did you miss the feature on the Lenoir? See - The Rest is Still Unwritten!

( This is a running excerpt, head to the Burn Bright website to find the very first excerpt and follow the Shine Light blog tour to read it all!)

‘So who are they – the Cursed League? Your brother’s g-gang?’ asked Emilia.

‘Dark Eve is their leader, but she and my brother Joel are . . . close. Here, he is known as Clash. They believed all along something was wrong on Ixion and they helped those who would to escape.’

‘How do you even know if this Eve’s still alive then? She could have been punished by the Ripers since you’ve been gone,’ said Emilia.

‘You clearly have not met Eve,’ said Naif. ‘And I would sense if Clash was in trouble.’ Despite their differences, Naif loved her brother. She’d come to Ixion to find him. She would go anywhere; do anything, to help him.

Naif hesitated. Should she tell Markes that she had somehow broken her bond with Lenoir? ‘No. It’s nothing like that.’

Emilia’s support caught Naif by surprise and she was momentarily grateful.

‘You could take Emilia to the Grotto and wait. Liam and I will come after we’ve found the others,’ said Naif.

‘You could rest there.’

‘No! We should stay together,’ said Markes

He was right. Naif ’s skin had begun to crawl, as she imagined the light breeze to be the breath of the Night Creatures watching them from the dark. She turned and headed uphill towards the cable kar line, stepping carefully along one of the hundreds of Lesser Paths that ran like tiny tributaries over the mountainside.

Glancing back, she saw the others fall in behind her: Markes, Emilia and Liam, in that order.
Naif pictured a rough map of Ixion in her mind. On foot it would take them some time to reach the area around Ravens past Illi, Agios and Syn.

The memory of her last visit to Syn station made her hands clammy. Underneath its platform, in the tunnels that hid the Ripers’ cavern, she’d found Markes chained to a wall. Had she and Charlonge not gone there, she doubted he would still be alive.

‘Down!’ whispered Liam from behind her.

Instinctively she dropped. From the scraping sounds behind her, she knew the others had done the same.

They waited in silence, the thrum of music from the clubs like a quiet heartbeat in the background. Naif couldn’t hear anything else, at least, nothing that heralded trouble.

The dark seemed to be warmer than when they had landed, or maybe her body was still trying to acclimatise to the humidity. She felt thirsty and desperate to move from her cramped position. Shifting her feet underneath her, she slowly began to get to her knees.

As she started to push herself up, a pounding noise sounded close to her. She curled into a ball, making herself as small as possible. The noise got louder and louder until large mechanical feet slammed past.

Fear shocked her into calling his name in her mind. In that instant their link pulsed alive as if a clamp had been removed from a vein. She felt his life force again and an unwanted exhilaration spread through her limbs. But he was a distance away. Whoever had just passed by them was not him.
She tried to close the link down, hoping he’d not felt her reaching out, but the rush of energy refused to be staunched. With fierce concentration she managed to narrow the flow until her body felt her own again.

What happens next? Buy Shine Light to find out! See Random House Australia for more details.

Ixion. The island of ever-night.

If she had a choice, Naif wouldn’t go back. But her friends will die if she doesn’t find a cure for the badges that are slowly killing them, and her brother is there, fighting against the Ripers who hold everyone in thrall. And Naif has knowledge that might save them all.

First she must solve the mystery of Ixion’s eternal night. Then she must convince everyone – rebels and revellers alike – to join her cause. And all the while, she must fight the urge to go to Lenoir – her greatest love, her mortal enemy.

The secrets of Ixion must be revealed. The evils must be stopped. A new dawn will come. 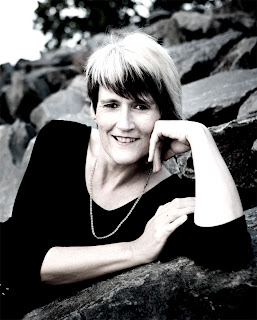 Marianne de Pierres is the author of the acclaimed Parrish Plessis and award-winning Sentients of Orion science fiction series. The Parrish Plessis series has been translated into eight languages and adapted into a roleplaying game. She’s also the author of a teen dark fantasy series [Night Creatures Trilogy].

Marianne is an active supporter of genre fiction and has mentored many writers. She lives in Brisbane, Australia, with her husband, three sons and three galahs.