Debut of the Month - All About Gina Damico ( Croak) 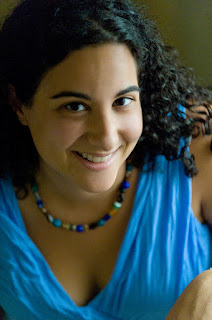 I grew up under four feet of snow in Syracuse, New York. I received a degree in theater and sociology from Boston College, where I was active with the Committee for Creative Enactments, a murder mystery improv comedy troupe, which may or may not have sparked an interest in wildly improbable bloodshed. I have since worked as a tour guide, transcriptionist, theater house manager, scenic artist, movie extra, office troll, retail monkey, yarn hawker and breadmonger. Croak is my first novel. I live in Boston with my husband, two cats, and a closet full of black hoodies. 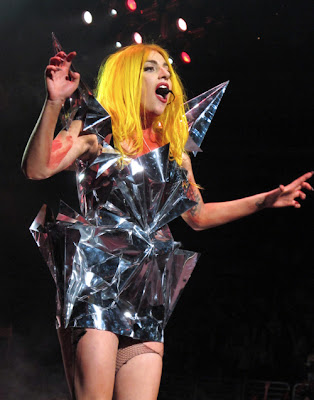 Ten Items I Own, One From Each Area Of My House:

1. Living Room: a statue of a roosterWhen I was living in New York, I left my apartment one morning and saw this little guy sitting outside my gate. I thought he was cute, but I was late for work so I kept going. When I returned several hours later, however, he was still there - and I knew that he and I were meant to be. His name is now Percival Ulysses Cock and he sits atop my DVD collection of Lost.

2. Dining Room: a 100+ board game collection
My husband and I really like board games. Most of them are his, but I've got a few in the mix too. We even had a board game theme at our wedding. NERD ALERT

3. Kitchen: garlic roll
Oh this is just the coolest thing. You peel the garlic and put it into this little wheel with blades in it, and then two more wheels on the bottom let you drive it around like a toy car, and voila - the garlic gets chopped! Thanks, Martha Stewart.

4. Pantry: Keurig coffee maker
I'm pretty late to the coffee party. I hate the taste of the stuff, so my whole life I never drank it before. Then one day I was feeling daring - either that, or my taste buds took the day off - and I tried drinking a whole cup. I hated it so much, the whole darn thing, but I did enjoy the crazy high that followed. So now I drink it somewhat regularly, but only for the sweet, sweet drug within.

5. Bedroom: Simpsons poster
You've probably seen it before - it's all the characters on the show (or at least a goodly percentage of them) all standing for a group photo against a yellow background. I love The Simpsons - even now that the episodes are less than stellar, I still watch, because I've been watching since I was five and how could I not?

6. Bathroom: world map shower curtain
As a soft core geography fan, I find this to be the perfect way to both get clean and learn the capital of Kyrgyzstan all at the same time. (Bishkek!)

7. My office: used bowling pin
I bought this for two dollars at a bowling alley, and now it lives under my desk. I like to put my feet on it or cradle it in my lap while I'm working. I don't know, it's just so cuddly.

8. My husband's office: an Oscar the Grouch needlepoint
Okay, technically I don't own this because it was a gift, but I did make it. I lovingly hand-stitched Oscar holding up a sign that says "Go Away", and Will lovingly put it up on his door to keep me out of his office. Jerk.

9. Basement: an office chair
I bought a cheap office chair from IKEA, which is usually one of my favorite places on earth. So it pains me to have to put baby in the corner, but the wheels wouldn't wheel unless you put weight on them. So if you wanted to just move the chair out of the way without sitting in it, you'd have to drag it across the floor and make a terrible nails-on-chalkboard noise. FAIL.

10. Porch: a house plant
This is also from IKEA. I thought having a plant in my office would be a nice way to brighten it up, and since this plant was from the As-Is section (the pot was slightly damaged), it was half off. Well, turns out my cat loved it too, so much so that he couldn't stop eating it, and then he just went ahead and knocked the whole thing over. So yeah. It's a porch plant now.

Bookie's Note:  O-kay! Everyone you've just met our March Debutante - Gina Damico! Gina, thank-you for the interesting ( and completely unique) guest post! I'm not going to lie - I'm extremely jealous of your board game collection! I love Monopoly, Cluedo, Pictionary and I'm a complete nut when it comes to board games but no one ever wants to play! Perhaps we should schedule a play date? :D And all my lovely readers, if you want to find out more about Croak and even win a Signed ARC come back tomorrow!