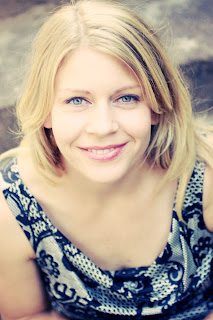 Mary Pauline Lowry has worked as a forest firefighter, screenwriter, open water lifeguard, construction worker, and advocate in the movement to end violence against women. Due to no fault of her sweet parents, at 15 she ran away from home and made it all the way to Matamoros, Mexico. She believes girls should make art, have adventures, and read books that show them the way.

The other night I was having dinner with my friend Lito and he started in on one of his amazing and fascinating tales of traveling through Morocco alone. The old feeling of frustration hit me that I would never make such a journey myself. The answer to the question, “Why not?” seems obvious enough. In certain parts of the world it’s not shall we say “recommended” that American women travel alone. And so, in deference to safety, we often pass up our most longed for adventures.

As women and girls, we often make decisions based on common sense and a desire to minimize the risk of violence against us.  But in writing The Earthquake Machine I chose to explore the notion that a girl might in fact be able to embark on an otherwise ill-advised adventure merely by choosing to “pass” as, not just a boy, but a boy from the foreign land in which she deigns to travel.

Because in traveling through foreign countries what makes us vulnerable is first the fact that we are outsiders and not of the culture through which we pass, but more importantly that we are women who have stepped out of the safety and comfort of family and community, who have waltzed away to a land with—perhaps--an entirely different way of understanding the world, including women and our place in it.

In reading The Earthquake Machine every girl who ever longed to roam the world unencumbered by the fears and dangers brought about by her gender can vicariously live through Rhonda’s adventure as she “becomes” a Mexican boy named Angel and travels across the Mexican desert in search of her one true friend.

The book every girl should read,
and every girl’s parents hope she’ll never read.

The Earthquake Machine tells the story of 14 year-old Rhonda. On the outside, everything looks perfect in Rhonda’s world, but at home Rhonda has to deal with a manipulative father who keeps her mentally ill mother hooked on pharmaceuticals. The only reliable person in Rhonda’s life is her family’s Mexican yardman, Jesús. But when the INS deports Jesús back to his home state of Oaxaca, Rhonda is left alone with her increasingly painful family situation.

Determined to find her friend Jésus, Rhonda seizes an opportunity to run away during a camping trip with friends to Big Bend National Park. She swims to the Mexican side of the Rio Grande and makes her way to the border town of Milagros, Mexico. There a peyote- addled bartender convinces her she won’t be safe traveling alone into the country’s interior. So with the bartender’s help, Rhonda cuts her hair and assumes the identity of a Mexican boy named Angel. She then sets off on a burro across the desert to look for Jesús. Thus begins a wild adventure that fulfills the longing of readers eager for a brave and brazen female protagonist.