THE LAST GIRL: Q and A with Michael Adams (BLOG TOUR)

WHAT'S THIS? TWO POSTS IN A ROW? SOMEONE HAS HIJACKED THE BADASS BOOKIE. Just kidding, I'm just being super diligent this week! As part of the blog tour for The Last Girl by Michael Adams (Allen and Unwin), I've got a Q and A with the man himself today! Super stroked about having Michael on the blog, when I first received my copy of The Last Girl, I skimmed through the first couple of chapters and IT'S FANTASTIC. Can't wait to find time and dig in!

Early bird. I have to get up at 5 for work each day. By choice: night owl.

Chocolate or Lollies?
Both. Choc outside and lolly inside. I speak of… the mighty Violet Crumble.

Black or White?
Black. White shows the dirt too much.

Dog-Ear or Bookmark?
Dog-ear. Especially when I see a sentence that I like. My books can look like accordions.

Pen or Pencil?
Pencil when I'm gently editing. Pen when it gets emphatic.

Favourite Day of the Week?
Saturday. Wake up, hang with the family, make breakfast, take the dog for a walk, hit the garage sales... and then start writing.

Song That's Currently Playing (outloud or in your head)?
The Strokes. Welcome To Japan. I love the line: "What kinda asshole drives a Lotus?"

Book that should be turned into a movie?
Flicker. Theodore Roszak's trippy conspiracy thriller about the secret purpose of the movies. Darren Aronofsky, who made Black Swan, was gonna direct it at one stage.

Opinion on Big Brother?
You’ll find some references to it in the book - George Orwell’s version, that is. In Danby's world it's been turned into a rap-movie call Big Bro and the lead character has been rebooted as Win-S. Though, now I think of it, the idea of telepathic intrusion certainly fits the nightmare that is the reality TV version.


1) Can you describe The Last Girl in three words?
Leaps off page.

2) The Last Girl is written from the perspective of a sixteen-year-old girl, what made you want to write from this perspective and was it difficult?
I wanted to write from Danby's teenage perspective because it's removed from my experience and it'd stop me from falling back into my own voice as an adult male. I wanted to make her up and then see what she'd do, how she'd respond, to the crisis. Having her as my main character also did make stuff harder for her because she hasn't had as much life experience. For instance, she hasn't yet learned to drive, which is a big hassle when you're trying to escape a suburb that's coming apart at the seams. Another thing is that I wanted Danby to be a character my daughter could relate to and respect when she's older. Ava is eight now. She'll be Danby's age in the near-future in which The Last Girl is set. I'd like her to read about a young woman who's smart and funny and flawed and brave and empathetic and independent. It was sometimes difficult to write Danby - but that's how I wanted it. My editors were good with making sure that her voice and language remained true to a teenager. I think things like lack of confidence, peer pressure, uncertainty about the future, a skepticism of parents, etc, are common to both boys and girls. So I used what I knew from my own experience. The rest I imagined.

3) Is there a story behind the names of the main characters?
There are stories behind some of the names of the characters. Danby's name is actually Danbyn. It's a name her parents - BrenDAN and RoBYN - made up for her because it was so supposed to symbolise that she was part of them forever. But we see how that's worked out - and why Danby rejects her full name. Her combo name also reflects the time she was born, back when we first had "Bennifer", which was the name coined when Ben Affleck was engaged to Jennifer Lopez. So it's a bit of a clue to when the book is set. Danby's surname, Armstrong, literally spells out what she needs to be - but it can also sound like an affirmation: "I'm strong." There are plenty of other names in the book - TV shows, song, bands, movies - that have some kind of relevance to the plot and themes. I'm hoping working them out is fun for some readers.

4) Is there a character that you can relate best to?
Danby, definitely. I've spent so much time in her head she's like a part of me. Which sounds weird, I know. But I love how she's always trying to figure stuff out, come out with a theory, a plan of action -- and how much trouble it gets her out of… and into.

5) Tell us a little about your writing process!
Wow, I had the vaguest idea - telepathic plague! - in 2008. Couldn't figure out how to make it work. Had a bit of a flash of inspiration in March 2011. Started writing in a notebook. Scribbles everywhere. But got a few thousand words down. Basically it was the opening scene. Dysfunctional family Christmas made so much worse when everyone can hear each other's thoughts. Hit a lot of obstacles because I hadn't planned much more than that. Cornered myself and Danby continually because I'd trap her in some godawful situation and have to figure out an escape. It looked so impossible that I considered taking her little brother out of the story entirely. I'm so glad I didn't because he proved to be the key to the trilogy. Anyway, I wrote it while working a full-time job and doing freelance on the side. By July 2012 I had a finished first draft of 111,000 words. My agent said I ought to cut it back to 90,000, which I did. A&U loved it - and then the rewriting really began. It's a long process. Satisfying but very difficult.

6) If The Last Girl was turned into a movie, who would play who?

For Danby, I think the Australian actress Eva Lazarro, who you might've seen in the TV show Tangle and in the new movie The Turning. She's 18, looks the part and she's a terrific on-screen presence. The book specifies that Nathan is of Sri Lankan heritage. It makes me wonder whether Ashton Agar, the young cricket player, can act because he’s kinda like my idea of Nathan. As for Jack, he’s a bit older. It'd suit Aussie actor Alex Russell. He was terrific in Chronicle. He's charismatic and has a dark and funny streak. It'd be fantastic if The Last Girl could be made into a moive in Australia with local actors and filmmakers. It’s not like we’ve got a shortage of talent and locations. When The Snap sweeps the globe, everyone can instantly hear everything that everyone else is thinking. As secrets and lies are laid bare, suburbs and cities explode into insanity and violence. What might have been an evolutionary leap instead initiates the apocalypse.

Sixteen-year-old Danby Armstrong's telepathy works very differently. She can tune into other people but they can't tune into her. With only this slender defence, Danby must protect her little brother and reach the safety of her mother's mountain retreat. But it's 100 kilometres away and the highways are blocked by thousands of cars and surrounded by millions of people coming apart at the psychic seams.

Danby's escape is made even more dangerous by another cataclysm that threatens humanity's extinction. And her ability to survive this new world will be tested by a charismatic young man whose power to save lives may be worse than death itself.


Purchase ALL OUR YESTERDAYS - Booktopia | Fishpond | The Nile | Bookworld 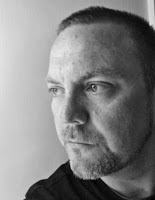 Michael Adams has been a restaurant dishwasher, television host, ice-cream scooper, toilet scrubber, magazine journalist, ecohouse lab rat, film reviewer, social media curator, telemarketing jerk, reality TV scribe and B-movie zombie. This one time, he watched bad movies at the rate of one per day for an entire year and wrote a book about the traumatic experience, which is called Showgirls, Teen Wolves and Astro Zombies. Michael lives in the Blue Mountains, NSW, with his partner, daughter, one dog, two cats and an average of three supersized spiders. The Last Girl is his first novel.