Debut of the Month - All About Anna Collomore (The Ruining) 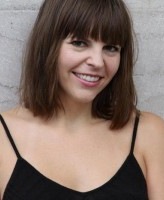 Anna Collomore is the debut author of The Ruining (Penguin/Razorbill, February 2013). A former book editor from New York City, Anna now lives and writes in Paris. When she's not reading or writing, Anna can be generally be found in patisseries, thrift stores, parks, flower shops, or (embarrassingly) bars that mimic Brooklyn. 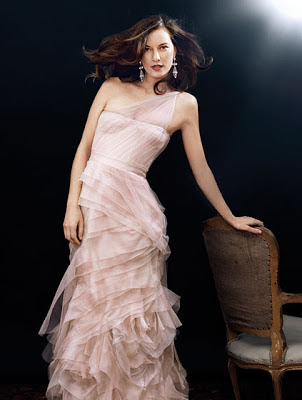 2.) I was really little when the AIDS crisis was full-on emerging. My childhood friend had recently kissed me, and I became convinced I had AIDS. For months (it felt like a year), I thought I was going to die. I was afraid to tell my parents. Finally I asked someone how you get AIDS and realized my error. It was probably the most anxiety I've ever felt in my life.

3.) I went through a short phase one summer in which I searched for dead animals (with a wheelbarrow) and gave them funerals.

4.) I lived in Mumbai, India, for about 15 months. Once when I was bopping around town, my friend Salim (who was driving the car we were in) drove over a man. The man did not have any legs and had been crossing the street on his wheeled platform--then the light changed and Salim gunned it. Thankfully, the man wasn't hurt--but our car was almost the focus of a mini-riot.

5.) I live in a tiny chambre de bonne (servant's room) on the very top floor of a 6-story building in Paris. My floor is technically the 7th, but it is unnumbered and the elevator only goes to the 6th. So you go to the 6th, enter a secret door, take a spiral staircase up to another floor, and then walk down a hallway of unmarked doors...until you get to my room. I have a sloping roof with one little window, but it is not without it's charm--it's a storybook Parisian garret.

6.) I nearly got kicked out of my dorm in college (and could have been kicked out of college altogether) for lying to my RA in order to protect a friend.

7.) I interviewed LeBron James for the teen section of my local newspaper when I was 17, and he had just been featured on the cover of Sports Illustrated. He gave me an autograph signed, "Thanks, beautiful," and I pinned it to my bedroom wall, where it stayed for about 6 months.

8.) I used to be able to quote along with every single Saved by the Bell episode in existence.

9.) My junior year of high school, I received a fake detention. My teacher thought it would be hilarious because I was such a big nerd. However, I wasn't that fazed--I served it and he had his laugh, and a couple years later he got fired for harassment...so I guess the joke's on him?

10.) My favorite song to sing loudly in or out of the shower is Lady in Red.


Bookie's Note: I just absolutely adore our February Debutantes don't you? Anna, what an INTERESTING life you've had, so many fun and quirky memories. I must ask, 1.12 kidneys? O_o What an unusual number of kidneys to have! I'm so jealous that you live in Paris and that you've lived in India, honestly I would love to pack up, spin the globe and just live somewhere exotic for a couple of months! :D

Remember to come back tomorrow to see the second half of Anna's feature and for a giveaway! :)