In My Mailbox is a weekly meme hosted by Kristi @ The Story Siren where we share all the books that we've gotten in the past week. However here on Badass Bookie, the blogger is too lazy to do it every week therefore she does it once a month (more or less!) SO today I bring you my December Book Haul!

December was also Christmas and my birthday and normally I don't get books for either because I have SO many and I would prefer to get money for clothes or clothes in general but this year I got a few! Anyhow, onto the haul! 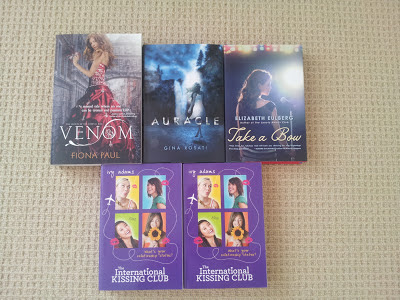 ( Thanks to Gina Rosati and MY TWO FRIENDS)

And that's all folks! Comment to let me know which ones to read first and make sure to link me to your IMM posts!