Review Time! Level 2 by Lenore Appelhans is a 2013 YA Debut and it's my first debutante review of the year! If you want to check out my feature with Lenore Appelhans check out the 2013 Debutante Event - HERE. I'm so excited to bring you my review of Level 2 and I'm sure quite a few of you are looking forward to reading this one as well! You can purchase a copy of Level 2 from Fishpond | The Nile | Booktopia | Bookworld. Thanks to Allen and Unwin for the review copy! 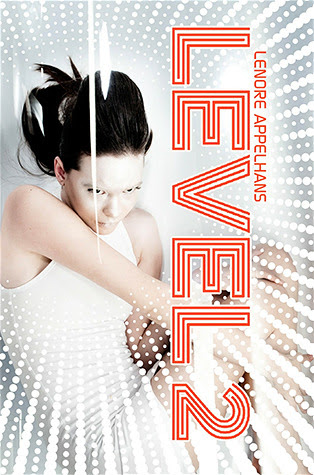 (Goodreads) I pause to look around the hive - all the podlike chambers are lit up as the drones shoot up on memories ... I've wanted to get out of here before, but now the tight quarters start to choke me. There has to be more to death than this.'

Felicia Ward is dead. Trapped in a stark white afterlife limbo, she spends endless days replaying memories, of her family, friends, boyfriend ... and of the guy who broke her heart. The guy who has just broken into Level 2 to find her.

Felicia learns that a rebellion is brewing, and it seems she is the key. Suspended between heaven and earth, she must make a choice. Between two worlds, two lives and two loves.


The Short Story? - Overall an enjoyable read with an unique and futuristic take on limbo. Appelhans' debut is definitely a refreshing addition to the YA science fiction genre. A plot that combines elements of both contemporary and science fiction, Appelhans has given the afterlife a new edge. Interesting characters, an original premise and fantastic writing, Level 2 is a great read to start off this year's YA debuts!

The Long Story? - Like I said, overall it was an enjoyable read, I feel like Appelhans had the right idea but it wasn't very well executed. Don't get me wrong, Level 2 was a fantastic book but it was a very hard book to follow. Details about Level 2 as a place was very vague and details about our protagonist Felicia was very vague. I think it was intentional on the author's part to string the readers along and slowly reveal information but because this was partly science fiction, it made reading the book very hard to get into as I couldn't understand what was going on. On top of that the story lacked a build up, it was a very abrupt story, one moment Felicia was living her afterlife through her memories and the next, she's the key to a rebellion? I would still be sitting on the fence, a little skeptic, about the book if it wasn't for the ending. The ending was phenomenal I feel like it's okay to forgive all the flaws of the novel just because the ending was so epic! It was honestly a blur of action, intense drama and sweet romance. Beautifully orchestrated so that the finale peaked and then gradually declined into a sweet ending, this is truly one of the best endings to a book I've read!

The characterisation was okay although I expect to see major character development in Level 3. Felicia was a difficult character to get a read on as she came off as someone who didn't even know what she wanted. She was confused and in turn I, as a reader, was confused. There were times where I felt Felicia was being ungrateful and whiny which aren't attractive traits in a protagonist but I came to understand her bitterness although Felicia really brought the whole thing on herself. Julian, I feel sorry for Julian more than anything. Felicia is a difficult girl and if I was Julian I would have left her to deal with her own issues a long time ago however somehow Julian puts up with her and even loves her even when all Felicia talks about is how he ruined her life and how she's in love with Neil (see? ungrateful). Neil, I honestly do not see the appeal in Neil, he was a nice guy but that was it. I really hope to see some good character development in Level 3, I think Appelhans has established a good base for all characters and now she just needs to develop them a little further.

I've never been the biggest fan of afterlife novels so Level 2 wasn't really down my alley however I very much enjoyed it and thought the ending was truly brilliant.  I'm sure the series can only go uphill from here and that Appelhans has something phenomenal planned to follow up on that ending. Solid characters, good plot and strong narrative voice, Level 2 is an enjoyable start to a unique and exciting new YA series!