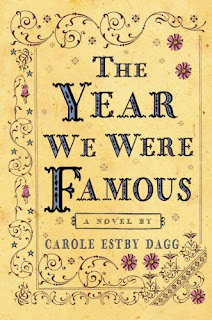 On May 6, 1896, seventeen-year-old Clara Estby and her mother, Helga, pack satchels with compass and maps, ponchos, first-aid supplies, journals, a pistol and a curling iron. They head east along the railroad tracks, planning to walk twenty-five miles a day for the next seven months. Their goals: to reach New York City in time to win a $10,000 wager which would save their family’s farm from foreclosure—and to prove women could do it.

Based on the true story of my great-aunt and great-grandmother, this historical fiction adventure that sets the drama of Around the World in 80 Days against an American backdrop of the suffragist movement, the 1896 presidential campaign, and the changing perception of “a woman’s place” in society.

Ever since I heard that all of Clara and Helga Estby’s own journals were destroyed, I have wanted to recreate the story those journals would have told. I became so obsessed with the story that I quit my job at the library to write.

The book was rejected 29 times before it was finally accepted.


The adventures are all based on one-sentence references in newspaper articles. Clara and Helga actually demonstrated their curling iron to Native Americans they met, they met President-elect McKinley and his wife in their home, they were lost in the Snake River Lava Fields, had to shoot an assailant in Oregon, and were nearly drowned in a flash flood. I expanded each one-sentence reference to a whole chapter, and made up Miss Waterson, Charles Doré, and Erick Iverson to help connect the dots between known facts.


Trying to get the mind-set of a young woman of the late Victorian era, I gave up reading contemporary fiction for a whole year and read only books and magazines Clara might have read—everything from the classics she for school to dime novels I found reproduced on the Internet.

Some chapter details were inspired by period postcards I bought on e-bay.


I had to cut nearly 200 pages, including chapters where they met the Amish, a coal miner’s widow, a Basque sheepherder, and where their schedule would have brought them into contact with Molly Brown and Annie Oakley. Each chapter took weeks of research and revision, but leaving them out resulted in a more focused book.

The chapters about the flash flood and demonstrating their curling Iron to Ute Indians have changed very little over the last 10-15 years, but I’ve completely re-written the beginning more than a dozen times, starting at different points of time, with different voice, different narrator…the beginning was by fart the hardest part of the book.


Each time I found a newspaper article about Clara and Helga on microfilm I got goosebumps. Here are the pictures that appeared in the New York World back in 1896: 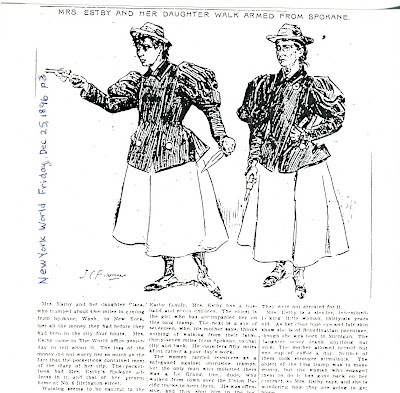 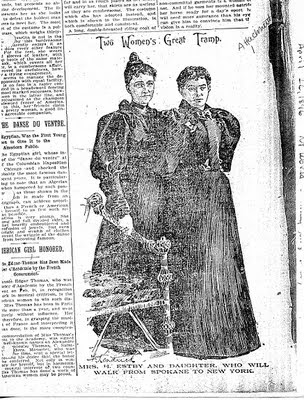 Carole has kindly offered me (1) ONE Hardcover Copy of The Year We Were Famous to giveaway so aren't you guys lucky? I'm in Love with this book already and I haven't even read it!!! I simply adore historical fiction and this one is just up my street! Feminism FTW!

- Open to US, Canada, UK, Australia, New Zealand
- MUST leave a comment on this post or Carole's first post ( HERE )
- Must fill out this FORM
- Must be over 13 to enter
- Extra Entries are not required
- Ends May 5th

The Year We Were Famous  ~
Would you walk over four thousand miles to save your family's home?