Interview with Allison Rushby ( The Heiresses)

I'M BACK! Did you miss me? Apologies for pulling the disappearing act but really, it's not you it's me. I just finished my last exam yesterday and I HAVE ALL THIS TIME NOW TO MAKE IT UP TO YOU GUYS! So why not start today with an interview with Allison Rusby, author of the recently published NA novel, The Heiresses?

Yet another YA author to venture into the NA genre, Allison Rushby is the author of numerous YA novels including Shooting Stars and Diamonds Are a Teen's Best Friend. However her latest is a glitzy NA historical novel set in 1926 about three sisters( triplets)! Dubbed as Downton Abbey for the NA crowd, I couldn't resist but beg Allison for an interview on the blog! We all know how much I love the twenties!

So without further ado...

(Did I forget to mention she's Australian? *waves Aussie Flag*)

Coffee or Tea? Lashings of coffee.

Cats or Dogs? Cats (have one on my lap right now!).

Vampires or werewolves? Neither vampires nor werwolves.

Have you watched Vampire Diaries? No.

Book you most want to see turned into a Movie? Catherine, Called Birdy.

Favourite day of the week? Friday.

What do you think of Matt Bomer? I think he's someone I had to Google and still can't entirely work out who he is!

2) How did you come up with the plot for The Heiresses? It's embarrassing, but I think it was actually from watching a Dr Phil show, years ago. I can't say too much as it will spoil the plot completely, but I saw a segment that involved a family and their genetic makeup and asked my husband (a medical specialist) about it all that evening. This led me to wondering how this family's scenario might have played out if genetic testing was not available to them, which is the case in The Heiresses, set in 1920s London.

3) What made you want to write a New Adult series? I started out writing women's fiction and wrote several books for adults before moving into young adult fiction. New Adult seemed the perfect balance for me. Also, the plot idea I had required my three heroines to be 18 -- the decision was made for me!

4) Character you feel you can relate best to? Why? Ro. Not because I'm particularly like her, but because I think we've all found ourselves in a place at one time or another where we know we're making bad choices, but just can't help ourselves!

5) Is there a story behind the names of characters? The girls' names come from Greek mythology -- an interest of their maternal grandfather's (their mother and aunt also have mythological names). Their names also suit their characters, which comes up in the book.

6) Ar you planning to write any other books outside the series? I have several ideas for more historically set New Adult work, including a story set in WWII and another set in Victorian London.

7) Who would play the characters in a movie adaption? That's such a difficult question! I think Lily James would be a fantastic Thalia (because her character Rose is so naughty on Downton Abbey). Daniel Radcliffe would be perfect as Edwin and Saoirse Ronan would be a lovely Ro.

8) Insider's Scoop? (Fun facts about the novel or it's process!) I was living in Cambridgeshire in the UK while I wrote The Heiresses, which was such a bonus. I was able to run down to London whenever I needed to, to research bits and pieces. I think the highlight, though, was the day I stumbled upon the village in Oxfordshire where they shoot the village scenes for Downton Abbey. It was a Sunday, they were to continue filming the next day and everything was set up, including the 'Downton Cottage hospital' sign and the bunting for Matthew and Mary's wedding. It was surreal and wonderful. 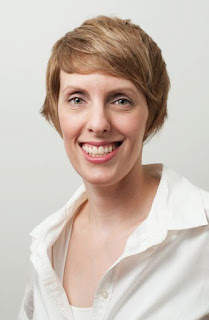 Having failed at becoming a ballerina with pierced ears (her childhood dream), Allison Rushby instead began a writing career as a journalism student at The University of Queensland in Brisbane, Australia. Within a few months she had slunk sideways into studying Russian. By the end of her degree she had learned two very important things: that she wasn't going to be a journalist; and that there are hundreds of types of vodka and they're all pretty good. After several years spent whining about how hard it would be to write a novel, she finally tried writing one and found it was quite an enjoyable experience. Since then, she has had nine novels published. She keeps up her education by sampling new kinds of vodka on a regular basis. 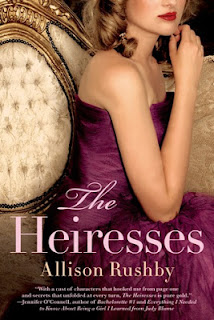 In Allison Rushby's Heiresses, three triplets--estranged since birth--are thrust together in glittering 1926 London to fight for their inheritance, only to learn they can’t trust anyone--least of all each other.

When three teenage girls, Thalia, Erato and Clio, are summoned to the excitement of fast-paced London--a frivolous, heady city full of bright young things--by Hestia, an aunt they never knew they had, they are shocked to learn they are triplets and the rightful heiresses to their deceased mother's fortune. All they need to do is find a way to claim the fortune from their greedy half-brother, Charles. But with the odds stacked against them, coming together as sisters may be harder than they think.