Alexi Littrell hasn't told anyone what happened to her over the summer. Ashamed and embarrassed, she hides in her closet and compulsively scratches the back of her neck, trying to make the outside hurt more than the inside does.

At school, nobody sees the scratches or her pain. The only person she connects with is the mysterious Captain Lyric, who writes song lyrics on her fourth-period desk for her to complete. With pencil marks and music, Alexi carves out a comfortable space for herself as she and the Captain finish each other's songs—words on a desk feel safer than words spoken aloud.

But when Bodee Lennox, the quiet and awkward boy next door, comes to live with the Littrells, Alexi discovers an unlikely friend who understands her better than anyone. He has secrets of his own and knows all about suffering in silence. As they lean on each other for support, Alexi gives him the strength to deal with his past, and Bodee helps her find the courage to finally speak up.

You need a big ice cream bowl for these four inside scoops!

1. The original title of Faking Normal was 23. It was 23 when I queried my agent, but we decided that 23 only meant something if someone had read the story. It’s been exciting to hear people respond to the title. The typical response: people elbow their friend and say, “Well, I never do that,” or “Oh my gosh, that’s my life.” I’m thrilled the title resonates with people.

2. Faking Normal came to life in an unusual way. I had the idea on a Sunday. By Monday night, I had four pages and a rough outline. On Tuesday, I said to a friend, “What do you think about me asking said agent, if she comes back with a ‘I like your writing, but not this story,’ if she’d like to see this new idea.” My friend suggested I go for it, and we joked about how long it usually takes agents to respond.

Self-fulfilling prophecy! On Wednesday, that agent responded with exactly what I predicted. I took my friend’s advice, offered the invitation to read a manuscript that did not exist, and expected to hear back in several weeks. Instead, she responded two minutes later, and asked to see fifty pages immediately. What did I say? “I’ll have them to you by Monday.” Out of desperation, I wrote the first fifty pages of Faking Normal while on a trip to Gatlinburg, TN with my seniors between Wednesday and Monday. (Don’t try this at home … but say YES to every opportunity.)

3. Music plays a huge role in Faking Normal. Throughout the story, lyrics are exchanged between two characters on their four period desk. The original draft was full of licensed music. After a conversation about the cost of using those lyrics, we decided to use my original songs. While I have zero musical ability, I have been writing songs for a decade and was excited to have the opportunity to craft these imaginary hits. (And that fourth period desk in Faking Normal was inspired by my own high school experience. Although we weren’t nearly as romantic or thoughtful.)

4. The book Hatchet by Gary Paulsen is mentioned in Faking Normal. I made this choice because it fits with Bodee’s character development, but also because the concept of Faking Normal came to me while I was attending a Society of Children’s Book Writers and Illustrators conference where Gary Paulsen was a keynote speaker. I was a childhood fan of Hatchet, but after hearing Paulsen’s story, I wanted to pay homage to him in a special way. (Folks, a librarian saved his life, and he wrote Hatchet longhand by firelight. See! See! So cool.)

(I wanted to say a special thanks to Lisa for including me in this awesome debutante class and for taking the time to put together this awesome blog.) ~ Courtney, you're too sweet! Lots of love! 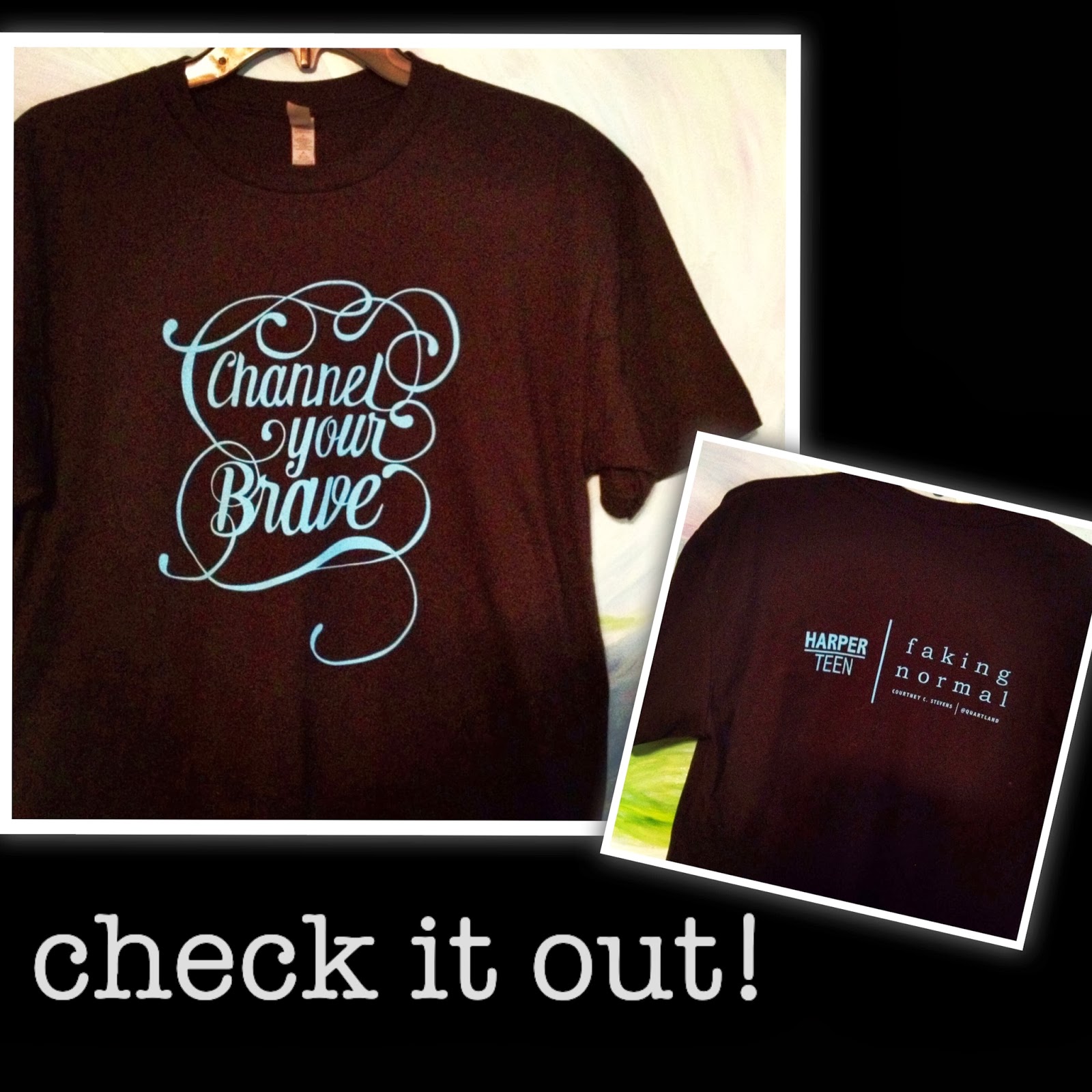 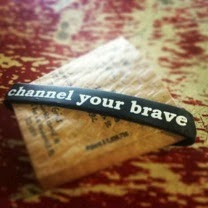 Courtney is giving away an ARC of FAKING NORMAL and Channel Your Brave t-shirt + Bracelet!