Debut of the Month - All About Gae Polisner

Debut - The Pull of Gravity
Genre – Contemporary/Literary
Website – HERE
Blog - HERE
Facebook - HERE
Twitter - HERE
Trailer - HERE
When I was little, I wanted to be a writer. I wrote endlessly as a kid and a teen (poetry and short stories), and into college. Of course, in addition to being a writer, for a short time in the early 80’s, I also wanted to be a medical examiner. Okay, that was a small blip in a large sea of ideas and mostly Jack Klugman’s fault. Please tell me you know who Jack Klugman is. . . (HERE)


Then I decided I would be an advertising exec, and I got my undergrad degree in marketing/mass communications. That sucked in real life (er), so I went to law school instead, which sucked in another way: it sucked every bit of creativity right out of me. Still, I’ve practiced divorce law and family law mediation ever since (I have loved being a mediator). About a decade ago, while practicing law part-time and raising my two young boys, I decided to try to get back to my writing. I wrote two women’s fiction manuscripts that got me agented, if not published (grrr…), so The Pull of Gravity is my debut novel, but my third manuscript.

Besides being a lawyer and writer, I’ve worked in special events, television (briefly and lowly, don’t ask), and as a flower seller at the Cadillac Bar in NYC.

Dream Debutante Dress -  I know, I know, forgive me. I went with the all out princess bride thing. I just can’t resist some well-done tulle and flowers. Look at that neckline. Somebody, please, if you love me, buy me this dress. 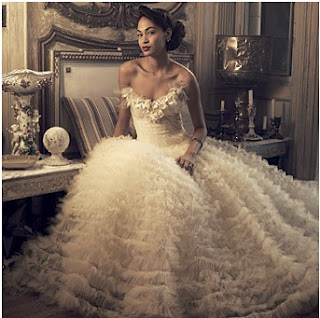 Here are some utterly random and mostly stupid facts about me from long before I became a published writer:


- When I was really little, my family rode horses a lot. My mother, especially, was an avid and skilled equestrian. One of my first times riding alone at a dude ranch, I ended up on a horse named Zero, who promptly galloped off the path and into a heavily-treed forest with me dangling and screaming and hanging on for dear life. Like I shouldn’t have already guessed that from his name.


-Speaking of names, when I was 8, I got this fabulous life-sized doll named Brittle. Well, I named her Brittle. Um, I guess after Peanut Brittle? (WTH?). Soon after, one of her arms fell off. Then her leg. Then the other arm. Then I changed her name to Bridget, to no avail.


-More speaking of names: mine, Gae, became somewhat of a hardship around 4th grade (Imagine, “Are you gay?” a gazillion times a week). My parents told me they thought it was a beautiful name, but that if I wanted to, I could change it. My first three choices were Daisy, Sunshine, and Mabel. Yeah, that would have helped. *rolls eyes*


- On to spies and brushes with fame. . .Yeah, I know, total non-sequitur. For several years of my childhood, my family would have Passover Seder with Don Adams from Get Smart fame. He was totally hilarious with the adults, but did not appreciate one bit the kids asking over and over again if he really had a shoe phone. So, I still do not know the answer. Which is hard to bear.


-More fame: My sister was in CATS on Broadway in the mid-late ‘80s. After that, every SINGLE time I met anyone who knew my parents, the first question inevitably out of their mouth would be, “So, are you the one in CATS?”

-When I’m not writing, I’m an avid swimmer. Last year, I became addicted to Open Water swimming. From June – October I stretch on a wetsuit at 5:30 every morning and do a 1 to 2 mile swim with a group of like-minded kooks in the Long Island Sound. Last July I swam my first 5K. I am NOT athletic in the least (trust me on this), so it really was quite the feat. My only other life goal besides writing good books and being a good wife, mother and friend, is to perfect my Shakira ass shake before I’m too old. I’m getting closer (yes, to both the ass shake and the too-old).


Maybe now they’ll ask my sister if she’s the one who wrote The Pull of Gravity. ;)


~~~~~~~~~~~~~~~~~~~
So everyone meet Gae, our May Debutante! Gae is a wonderful name :) My teacher has a sister called Gae and she gets really angry when students use the word "gay" in her class ( random but that's the first thing I think of when I think of your name). I'm not sure how much better Sunshine or Mabel would have been but Daisy's not a bad name ;) I'm a horrible swimmer so 5K is like marathon to me, I nearly dies when I had to swim 400m. Alright Lovelies! Come back tomorrow to learn more about The Pull of Gravtiy! PLUS a FANTATSIC giveaway!